This data is available (currently) for North and South America and, apart from some errors caused by the radar-method of collecting the elevation data, is largely on a par with the 3 arcsecond data available for the US from USGS.

The pictures below show the "before" and "after" appearance of a spot in the Andes. The "after" image shows the result of a BGL created with FSTerrain 2002 . Both screenshots were taken with the aircraft in exactly the same location. Simply by pausing FS2002, taking the first shot, activating the new BGL and taking the second shot. 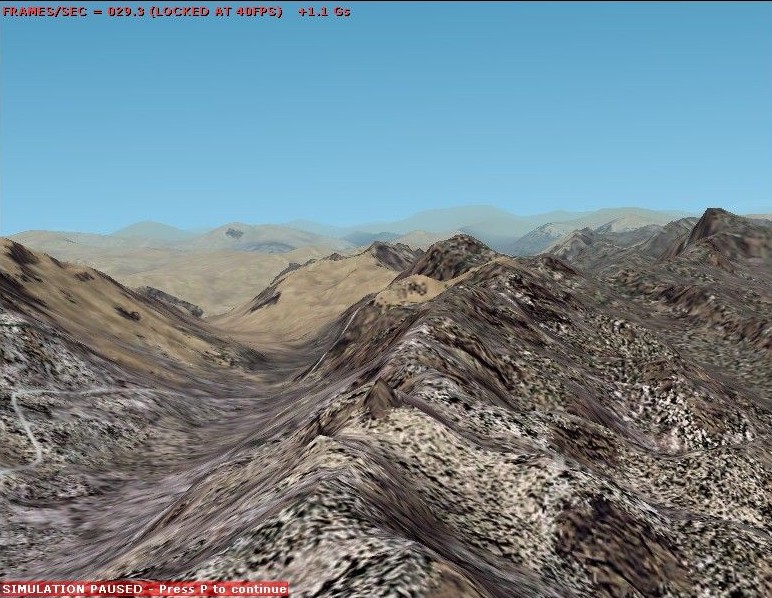